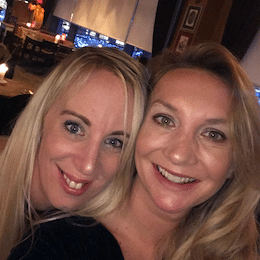 Swimming and teaching have been a constant in Natalie’s life; learning at the tender age of 3 and enjoying success at county and national level as a junior. Being in the water has always been Natalie’s comfort zone, her safe place. Her passion led her to gain her ASA Teacher qualifications at 16 and from here she helped local clubs and her mentor create a swim school in London.

Throughout her time at the University of Hertfordshire, where Natalie was studying to become a Physiotherapist, she continued to teach whilst gaining her degree.

In 2006, Natalie moved to Wales to be with her fiancé, prior to making the move, she was employed as a Paediatric physiotherapist at St Mary’s Hospital in Paddington working in PICU; specialising in meningitis, infectious diseases and HIV. Natalie left for Wales with no job lined up and began working as a swimming teacher across Cardiff and the Vale of Glamorgan.

On moving to Wales she soon gained work as a Physiotherapist and became a Senior, working with adults with neurological and learning disabilities; however, she continued to teach swimming.

Natalie gained a 4-year-old step-daughter Jessica, whom she wanted to impart the love of swimming too, yet, Jessica was incredibly nervous and struggled in mainstream lessons.

Natalie soon recognised that the limited learn to swim activities in place were outdated and geared towards the mass and not the individual. Nurturing and child-centred approaches were not available, and as a result, many children were not able to access swimming lessons and flourish in this environment.

Tasked with a mission to create a safe, fun, nurturing environment Natalie hired a school pool for an hour a week, and reached out to the local community, she began with just 10 children, and 1 other member of staff, adopting a water-based approach and small classes.

Sarah started her swimming at the age of 3, accessing the mainstream learn to swim programmes and continued on this path until she became a Pool Lifeguard at the age of 16. At this age, swimming was a past time that Sarah enjoyed – her main sporting passion was netball, where she gained international success. This was brought to an abrupt end at the age of 17 when she suffered a net-balling career-ending injury.

At the age, if 18, Sarah followed her heart (and not her head!) and moved to Milton Keynes. Here she got married and started a family. Her working life took the route of finance and numbers. She worked in commercial radio and newspapers within Sales teams and gained a wealth of commercial experience.

Ten years later, she eventually followed her head and moved back to Wales with 2 very young children. It was an opportunity for a fresh start; she worked for a local charity, again in finance, but was longing for a change of direction. Her children attending swimming lessons at a fresh, new swim school called Splash.

It was here, in 2007 that Natalie met Sarah who by now had developed a shared passion for swimming, teaching and making a difference. Within just 6 months and lots of determination, Sarah gained her level 1 and 2 ASA Swimming teaching qualifications and began working at Splash, whilst still keeping down a full-time job Sarah’s passion for teaching continued to flourish and it wasn’t long before she and Natalie became firm friends and their paths set off in the same direction.

Together they continued to grow the business. both of them gaining their Swimming Teachers Association (STA) Baby and Pre-School qualifications, STA Tutors qualifications in Swimming Teaching, Lifesaving and First Aid, they have worked tirelessly, holding down three different jobs at times to continue to peruse their love of swimming and teaching.

Soon they were running Parent and Baby lessons and Over 3’s Swimming Lessons out of three hired pools, 7 days a week.

In 2015 Splash Central was born  Sarah and Natalie took on a mammoth task of taking on an old Virgin Active site with a pool.  HOWEVER, the pool and unit had been left derelict for 2 years. With a very small budget, an impending birth (Natalie, not Sarah!), but an abundance of determination, Sarah and Natalie spent 5 months scrubbing, cleaning, tiling, training and implementing all things filters, dosing and pool maintenance, creating a beautiful pool, reception and changing area. Within just 6 months of opening, 7 days a week, Splash Central were at full capacity for swimming lessons and were running a waiting list.

Fast forward to now, Splash and their sister companies now employ 90 members of staff and now teach nearly 3000 children a week to swim; in the last 14 years have taught tens of thousands of children to swim, and have taught and qualified over a 100 individuals to teach swimming and to Lifeguard a pool and implement first aid.

So what’s next….. Natalie and Sarah had seen a SwimTayka advert on Social Media. They were excited at the prospect of getting involved in a new project where their experience could help others to be able to implement Learn to Swim on a wider scale.

Your ticket for the: Natalie & Sarah